Currently in its inaugural cohort, the MHFA succeeds MRHAP in the pathway and precedes the ASH-AMFDP. It encourages early-career researchers (MD/ DO, PhD, and MD/DO-PhD) from historically under-represented minority groups in the United States and Canada to pursue a career in academic hematology and provides salary support as well as funds to support hematology-focused research projects. MHFA is designed to retain fellows in hematology.

ASH congratulates three MHFA winners for 2020. This year’s spotlight is on Dr. Lynda Villagomez, who spoke with us about what prompted her interest in hematology and what drew her to the study of novel targeted therapies for T-cell acute lymphoblastic leukemia/lymphoma (T-ALL/LBL) in the adolescent and young adult (AYA) population. Dr. Villagomez, a 2012 MMSAP awardee, also shared her thoughts on the strengths and challenges that under-represented minorities in the hematology community are facing. 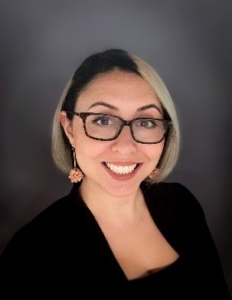 What sparked your interest in pursuing a career in academic hematology?

What initially drew me to this field was the speed at which translational discoveries were implemented at the bedside. This encouraged me to pursue hematology research as a medical student, and I have been hooked ever since.

What is your current research focus, and how will this award help you to further these interests?

I am currently investigating novel targeted therapies for T-ALL/LBL with specific attention to the AYA community — a vulnerable population with poorer outcomes due to complex factors such as access to care, long-term side effects, toxicities, and chemotherapy compliance. This award is critical to bridging the funding gap many upcoming translational researchers face, and gives me the opportunity to generate more preliminary data for competitive career development awards, and ultimately funding from the National Institutes of Health.

From your perspective, what is one challenge and one strength/opportunity facing underrepresented minorities in the hematology community?

Representation in the physician and physician-scientist communities is the key to bringing clinical trials to the under-represented minority community; a clear disparity exists in this population’s participation in clinical research. We are fortunate that ASH continues to pioneer for change in this regard, with their strong Minority Recruitment Initiative, which yields increased representation in hematology.