The ASH Public Service Award, established in 1998, is presented each year by the Society to an elected U.S. public official who has been an effective advocate for government support of biomedical research and hematology practice. Rep. Foster, who previously served in Congress from March 2008 to January 2011 as the 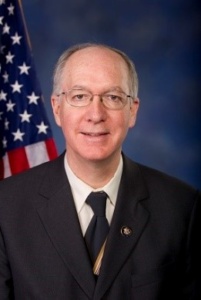 representative of the 14th Congressional District of Illinois, is the only PhD physicist in Congress and serves on the House Science, Space, and Technology Committee, where he has actively fought for evidence-based policies and advocated for sustained federal funding for scientific research. Before being elected to Congress, Rep. Foster worked as a high-energy physicist and particle accelerator designer at Fermi National Accelerator Laboratory (Fermilab) and was a member of the team that discovered the top quark, which is the heaviest known form of matter. Additionally, Rep. Foster led teams that designed and built several scientific facilities and detectors still operating today, including the Recycler Ring, the latest giant particle accelerator from Fermilab. As a congressperson, Rep. Foster continuously endeavors to educate his colleagues about the benefits of scientific discovery. He has worked with ASH to sponsor and speak at congressional briefings related to gene editing, sickle cell disease, and novel cancer therapies, including chimeric antigen receptor therapy.

As part of his involvement with ASH, Rep. Foster attended and spoke at the 2016 ASH Workshop on Genome Editing. Rep. Foster will be recognized during the ASH Awards Presentation, held on Saturday, December 5, 2020, at 3:30 p.m. Pacific time.