Can Gene Editing Be the Cure for Severe Congenital Neutropenia? Plenary Shows Promise 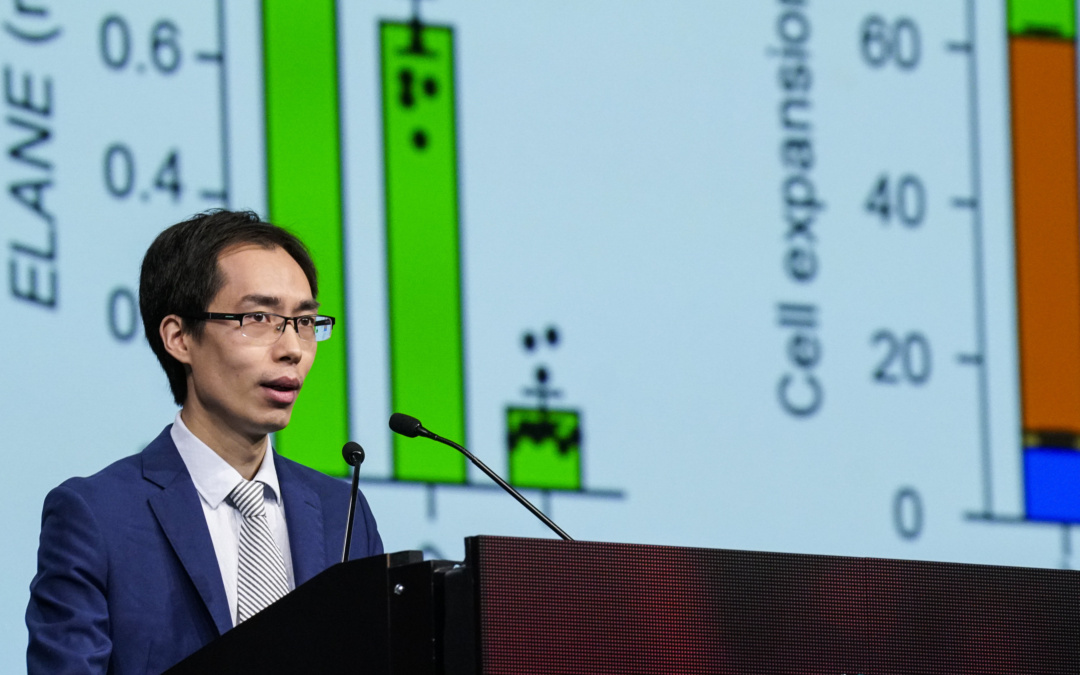 Severe congenital neutropenia (SCN) is an inherited disease where patients are susceptible to recurring serious infections due to a lack of functional neutrophils — the soldiers of the immune system. Current treatment options typically involve lifelong injections of granulocyte colony-stimulating factor (G-CSF).

Many cases of severe congenital neutropenia can be traced back to a single germline mutation in the ELANE gene. This mutation, passed down in an autosomal dominant fashion, changes the structure of a major neutrophil protein called neutrophil elastase. When disease-associated ELANE mutations are present, they cause altered protein folding or trafficking. The result is cell death at the promyelocyte or myelocyte stage of maturation, causing a lack of mature, functional neutrophils to fight infection.

The authors hypothesized a “universal, highly efficient, simple therapeutic approach” to combat this condition: using gene editing technology to knock out ELANE. As the authors hypothesized that neutrophil elastase is dispensable for neutrophils, knockout of ELANE could be a safe treatment strategy. To test their hypothesis, they used a cell population of human hematopoietic stem cells. Then came the gene editing: using CRISPR technology, the researchers used ribonucleoprotein molecular scissors to cut the DNA and introduce indels (insertions or deletions of base pairs) at an early exon of ELANE. This gene edit resulted in absence of the ELANE gene product, since the indels triggered a cellular quality control mechanism called nonsense mediated decay.

Compared to controls, these genetically modified cells were similarly able to mature into functional neutrophils. Edited hematopoietic stem cells were also transplanted into mice, and the researchers found they were able to produce normal bone marrow engraftment with normal multilineage repopulation of all blood cell lineages including neutrophils, as would be hoped for in a successful gene therapy procedure.

Dr. Rao and colleagues next turned their attention to late exon frameshifts in ELANE. Genetically editing a late exon in human hematopoietic stem cells resulted in robust indels that preserved ELANE expression and resulted in cell death at the promyelocyte or myelocyte stage of development. When transplanted into mice, these genetically modified stem cells caused a block in the maturation of neutrophils — mimicking what would be seen in SCN.

To the authors’ surprise, they found that only a certain type of frameshift mutation created this phenotype. When the genetic frame shifted by two rather than one base pair, the SCN picture was no longer seen. To Dr. Rao and Dr. Bauer, this suggested an additional layer of gene regulation at the translation level.

What does all this mean?

Altogether, the results suggest that different classes of gene edits at ELANE could efficiently model or treat congenital neutropenia. Early exon editing of the ELANE gene is a potential target for gene therapy that could eradicate the mutant protein causing the disease. Moreover, late exon editing helped develop a new model of SCN that mimicked neutropenia in mice. This type of model could be helpful to explore additional therapeutic targets in the future. “There have been no mouse models [for SCN] before this,” Dr. Bauer explained. Before their findings, “the usual ways we’ve relied on animal models to learn about diseases and therapy were not feasible in this condition.”