Congressional Fellow Talks About Unique Experience Working on The Hill 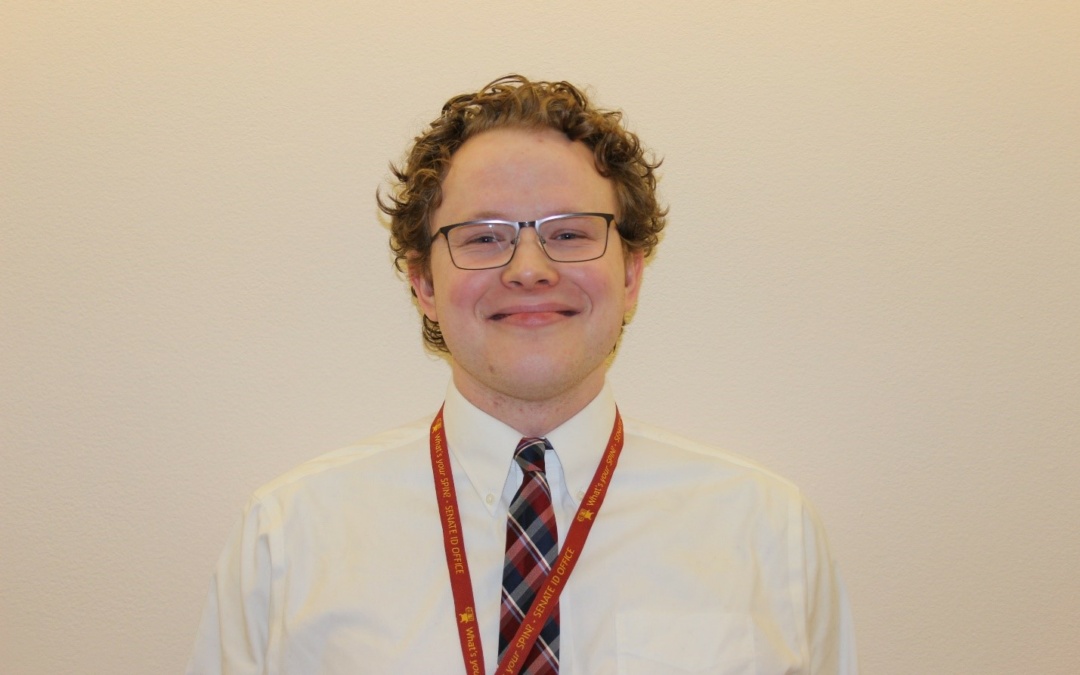 The ASH Congressional Fellowship is on its second year. In September, Zachary Kiser, PhD, started a yearlong term working in a congressional office on Capitol Hill. This fellowship provides the opportunity for a hematologist to help shape health care and hematology policy by providing education about the policymaking process, including Congress’ relationship to the hematology community, and an opportunity to educate congressional members and staff about hematology.

Dr. Kiser is a postdoctoral fellow at the National Institutes of Health–funded Hematology Research Program at the University of Minnesota. In a great display of dedication, Dr. Kiser uprooted his life in Minnesota to move to Washington, DC, with his wife and son, and participate in the ASH Congressional Fellowship. At just a few months in, he has great hopes and expectations for this experience. “I can honestly say that this has been the best job I’ve ever had.” Dr. Kiser works in Senator Sherrod Brown’s (D-OH) office; he said his new colleagues have been amazing as they recognize that he has a lot to offer in terms of knowledge and experience. They also understand that he is an eager learner who has come to share his knowledge in exchange for lessons on how to not only be an effective advocate, but how to navigate the policy sphere and government.

Before coming to Washington, Dr. Kiser had done advocacy work in graduate school and in his postdoc. He served in various roles in an organization called the National Science Policy Group, which at the time consisted of a group of graduate students, postdocs, and medical students who addressed the advocacy gap on behalf of the needs of their peers. “The job of the organization was to teach those people how to advocate for themselves, how to advocate for science funding, science education, and so it sort of gave a voice to people who didn’t really usually have a voice in the process,” he explained. He also participated in the ASH Advocacy Leadership Institute.

Dr. Kiser applied for the fellowship because he felt that he had reached a limit with what he could accomplish in the laboratory in terms of his ability to help patients with sickle cell disease and patients in general. “Lab work is very longterm. You’re thinking far ahead, and you have to be okay with the fact that what you’re doing may help somebody down the road, or it might not. Or it might just add to the pile of knowledge that eventually gets translated into something,” he said. He found that this became less and less fulfilling as time went by and as he grew in his career. He believed the ASH Congressional Fellowship would give him the opportunity to take his skills and knowledge and translate them into a way to directly help others and inform people interested in helping others in a more scientific, evidence-based way.

Through the ASH Congressional Fellowship experience, Dr. Kiser feels fortunate to go to work every day and listen to people and try to figure out ways to better navigate government to help those without a voice. He believes advocacy is extremely important for doctors and researchers because they already possess a set of unique experiences and knowledge of what hematology research can do and how hematology care can change and improve the lives of not only individuals, but of families and societies as well. “It’s important for hematologists in general to advocate because we need to be the ones to go out and justify our work — to tell people what we’re doing, why what we’re doing is important, and why it deserves the support of not only our communities, but of our governments — state, local, and federal,” he said.