Adolfo Ferrando, MD, PhD, of the Columbia University Institute for Cancer Genetics in New York has been awarded the 2020 William Dameshek Prize. This award is named after the late William Dameshek, MD, a past president of ASH and the original editor of Blood, and is awarded to an early- or mid-career hematologist who has made a recent outstanding contribution to hematology. Dr. Ferrando is a professor of pediatrics and pathology. He has served as vice-chair and chair of the ASH Scientific Committee on Lymphoid Neoplasia and as an abstract and study section reviewer for ASH.

With this Honorific Award, Dr. Ferrando is recognized for his outstanding research on the impact of NOTCH1 mutations on T-cell acute lymphoblastic leukemia (T-ALL), which has led to his being internationally recognized as a leader in the area of ALL biology. His numerous contributions include the observation that inhibition of NOTCH signaling could reverse glucocorticoid resistance in T-ALL; assessing the role of the ALX1 oncogene in the pathogenesis of T-ALL; identification of a series of tumor suppressors, including SUZ12, EZH2, ETV6, RUNX1, and WT1 that are mutated and deleted in T-ALL; the identification of acquired mutation in NT5C2 as a novel mechanism of resistance to thiopurines in T-ALL; and, the identification of a high frequency of mutations in PHF6 in T-ALL, offering an explanation for the male preponderance of this malignancy, as well as determining how these mutations drive tumor initiation in T-ALL.

Dr. Ferrando expressed gratitude upon being notified of the award and was humbled to be among the ranks of previous honorees. From the start, he knew that he wanted to both care for patients and perform research, and hematology represented a confluence of everything he’d wanted in a field of study. “I was deeply attracted by the unknown and fully committed to make a difference,” said Dr. Ferrando. “I felt that hematology was the challenge and the opportunity that I was looking for.” That early step into new and uncharted places paid off greatly. His lab’s work focusing on how NOTCH1 mutations drive T-ALL has been transformative. “NOTCH1 mutations are the most common genetic driver in this disease and activate an evolutionary ancient pathway critical in development,” Dr. Ferrando commented. “By studying these mutations we learned that leukemia hijacks the mechanisms that drive growth during normal lymphocyte development and that by inhibiting these pathways we could develop new targeted therapies.” Dr. Ferrando noted that while many genes cooperate with NOTCH1, one in particular — NT5C2 — is a specific driver of chemotherapy resistance, which he and his colleagues hope will soon translate to new therapies for preventing relapse.

Considering the field as a whole, Dr. Ferrando is excited about breakthroughs in personalized therapies, but maintains a hint of caution given the known challenges. “We have entered the era of specific drug therapy, with multiple highly active drugs that work directly on critical cancer mechanisms and leverage the power of the immune system for therapy,” he stated, noting the genetic heterogeneity and plasticity of cancer cells represents a major barrier to achieving the ultimate goal. “As we learn about the logic and mechanisms of drug resistance, we will encounter better opportunities to deliver highly effective treatments.”

Dr. Ferrando was able to capitalize on his natural curiosity early on, thanks in part to the encouragement of mentors such as Dr. Carlos Lopez-Otin. “Carlos shaped completely my way of understanding science. From him I learned that you should never stop asking questions and that the most important question of all is “what if…?’” He also counts Dr. Nick Cross among the mentors who pushed him to find answers to the big questions. “There was this message written with Sharpie on the bench where I learned to do PCR in his lab: ‘Think big, nobody ever heard of Alexander the Average.’ And this is how I left Europe to join the lab of Dr. Tom Look at Dana-Farber Cancer Institute as a postdoc.” Fifteen years ago, Dr. Ferrando was recruited by Dr. Riccardo Dalla-Favera to join the Institute for Cancer Genetics at Columbia University, where he remains today. “Nobody has taught me like Riccardo what collegiality, unequivocal leadership, and outright commitment to excellence looks like,” he said, “because right is right, and not-right is not-right.”

To the future hematologists of the world, Dr. Ferrando’s humble advice echoes the spirit of adventure that propelled him into the field when he was just starting out. “Enjoy the ride,” he said. “There is nothing like it.”

Join your colleagues for the announcement of this year’s Dameshek Prize at the 2020 Annual Meeting virtual experience, and check ASH News Daily for updates throughout the meeting. 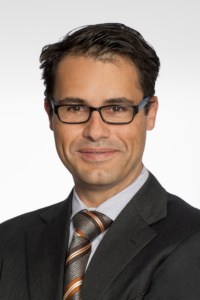