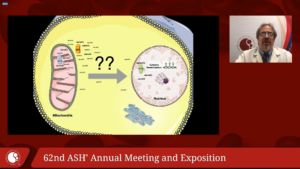 “If nature has taught us anything it is that the impossible is probable.”
―Ilyas Kassam, Philosopher

While most of us are earnestly playing checkers, Dr. Ari Melnick is playing three-dimensional chess when it comes to unraveling the drivers of leukemogenesis. Moving from bedside to bench for the second part of the Beutler Lecture recap, I had the honor of interviewing (by Zoom, of course!) this clinician turned legendary scientist. I suspect that Dr. Beutler, as someone who reportedly eschewed the perceived gulf between the practice of medicine and basic science, would have enjoyed our conversation immensely.

While it is now gospel that aberrant epigenetic programming is a pillar of leukemic transformation, Dr. Melnick recounted in the lecture how it once was considered a rather madcap concept that was unappealing to the various research funding bodies. However, “standing on the shoulders of giants” such as Drs. David Allis and Stephen Baylin, who persevered in igniting the histone/epigenetics code hypothesis and its importance in cancer biology, Dr. Melnick and his collaborator Dr. Maria Figueroa published the first large-scale genome-wide DNA methylation profiling of acute myeloid leukemias (AMLs) just over a decade ago. They demonstrated that distinct DNA methylation patterns identified clinically relevant AML subgroups. Moreover, despite these distinct epigenetic signatures, certain genes were recurrently methylated and thus silenced in AML, pointing to a common epigenetic pathway in leukemogenesis. While clinical hematologists have been fixated in recent years on the prognostic and therapeutic significance of recurrent somatic mutations in AML, Dr. Melnick pointed out that relative to other tumors, AML has a paucity of mutations. He emphasized in the lecture that aberrant DNA hypermethylation is likely a requisite cooperative event for leukemic transformation to occur. This led to our subsequent discussion about intratumoral epigenetic diversity. Just as diversity is important for survival from a population genetics perspective, mosaicism is critical for sustaining hematopoiesis, especially under the stressors of inflammation, infection, or cytotoxic chemotherapy. The epigenetic instructions of a cell have much higher plasticity than the genome itself, so the chance of stochastically acquiring some kind of aberrant epigenetic mark that provides a survival and/or proliferation advantage in a given environment is actually much higher than acquiring a somatic mutation with a similar propensity to promote leukemogenesis. Moreover, Dr. Melnick has done other work showing that increased intratumoral epigenetic heterogeneity predicts for worse clinical outcomes in AML, accentuating the point that heterogeneity is a measure of tumor fitness. He proposes that the combination of genetic and epigenetic perturbations explains the behaviors of most cancers. 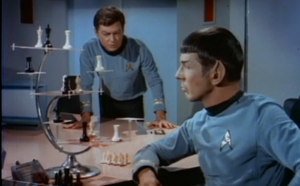 Dr. Melnick also mentioned in our conversation that the “best part” of any given project is when one’s preconceived notions are proven surprisingly wrong — that is the soil from which fundamental discoveries grow. He recounted in the lecture how initially perplexing it was to note that somatic mutations in IDH1 and IDH2, genes encoding metabolic enzymes rather than transcription factors or chromatin-modifying genes, were associated with aberrant cytosine methylation patterns that mimicked those found in the presence of TET2 mutations. Reinforcing the message that good science is a community effort, he described how working with Drs. Ross Levine and Craig Thompson uncovered a novel paradigm in which metabolic “poisoning” by the resulting oncometabolite 2-HG (see Part 1 for more detail) can result in pro-leukemic epigenetic reprogramming that recapitulates the TET2 loss-of-function phenotype in hematopoietic cells. This in turn “set the stage” for the development of the mutant IDH1 and IDH2 inhibitors that are now approved by the U.S. Food and Drug Administration (FDA) in the treatment of IDH-mutated AML, as summarized by Dr. Courtney DiNardo in her dovetailed lecture.

When asked about the future of translational advances in the treatment of AML, Dr. Melnick’s first cited goal is to reduce the reliance on DNA-damaging chemotherapies. He anticipates that our increasingly comprehensive understanding of leukemia cell biology will make integrated epigenetic, metabolic, and immune reprogramming a clinical reality. “We are still some ways away from the ‘singularity moment,’” he cautioned. “What we have now is a sense that this is possible. That we know enough biology now to understand that there are many levels of heterogeneity that we didn’t before grasp. There are tremendously complex interconnections between epigenetics, metabolism, RNA … [A holistic approach] is where the ‘singularity’ lies.” He acknowledged that we have examples of early drugs that can act at those different levels of leukemogenesis, “We have primitive metabolic and immune [reprogramming] agents… that have shown clinical benefit and are FDA approved even though they are blunt instruments.” Dr. Melnick also cited the movement within the hematology-oncology community to identify disease states earlier. He proposes that by doing so, targeted interventions may have more success at a stage when the disease (or precursor thereof) is “less diverse.”

When asked about the future application of bona fide epigenetic therapies, Dr. Melnick cited the requisite preclinical work that remains to be done. He noted, “the epigenome is complex and dynamic … We don’t [even] have sophisticated maps, GPS level maps, of the epigenome yet.” Moreover, there are several unknowns when it comes to manipulating perturbed epigenetics, he advised. We don’t yet know what their effects on healthy host cells or host immune cells are, which is particularly relevant when contemplating combinations with immune therapies. Our conversation therefore pivoted to how fascinating the topic of immune therapy for AML is. He pointed out that most of our immune system develops from myeloid cells. He suggested that a “great question” for a scientist to be asking right now is: “Where does the immune privilege of hematopoietic stem cells come from?”

When asked about what direction his lab’s work may go next, Dr. Melnick emphasized the importance of “re-inventing the lab every few years” (“Like Madonna,” I replied). Not only does this keep one’s mind open to investigational avenues, it also empowers postdoctoral students upon leaving to launch their own successful careers building upon what they developed in his lab. His guiding principle is to continue “focus[ing] on elegant, innovate experiments that advance fundamental understanding of leukemia and lymphoma biology.”

“Ari’s vision, insights, and collaborative spirit have led the field of AML epigenetics into mechanistic and therapeutic insights with broad, broad impact. He has greatly influenced our science, and the science of the entire field, and how we think about aberrant gene regulation in relation to leukemogenesis. On a personal note, there is no one I am more thrilled to see honored than Ari, he is a valued collaborator, friend, and mentor to me and many others.”