In the Future, All Blood Is Red

This year, at medical schools across the country, students will virtually attend a series of lectures on the ethics of medicine, during which they’ll learn words like “paternalism” and “therapeutic alliance,” “egalitarianism” and “stewardship,” and “beneficence” and “nonmaleficence.” These words will hopefully frame their medical decision-making for decades to come, although they’ll never be used as much as in the 500-word essays assigned to a chorus of groans at the completion of a half-attended lecture. Just like so many of their predecessors who mindlessly filled two pages while watching “ER” in the ‘90s or “Grey’s Anatomy” in the 2000s, students in 2020 will turn on … still “Grey’s Anatomy?” We’re on what season? And they’re still … But McDreamy died when?

This is, and will continue to be, a rite of passage on the path to a life in medicine. But after 2020, something will be different. Rather than these words being presented on a platter through the classic examples of murderers walking into the emergency department in shackles or a child on life support, they’ll be dissected and re-examined with the help of what was previously an innocent vignette: “This is a 23-year-old African American man with no significant history presenting with pain.”

This case describes every Black man with sickle cell disease, with bone pain, with a blood clot.  He is every Black man with a pain I as a white male from the suburbs will never be able to describe in a progress note, in a location I don’t even possess in my body, where the weight of hundreds of years of “nonsignificant” history focuses its gravity. Who was this man to you in 2019? 2015? 2010? Who is he now? Where has he been? What does he want? What are his fears? Does he have a Black disease or a genetic disease? Is he seeking drugs or is he seeking relief? Did his leukemia relapse because he was noncompliant or because your blood count threshold for holding chemotherapy was based on studies that excluded him? Is his increased stroke risk due to genetics altering his response to care or to your altered care in response to his genetics? And do the genetics of his disease have any meaningful relationship with the genetics of his skin tone? The standard board review associations that those same medical students are learning about tell us “yes.” He is Black. When in doubt, assume he is at higher risk for just about everything. But association does not imply causation. In 2020 associations are no longer enough. In 2020 we are finally asking the seemingly obvious question: Why? In 2020 that, and all these questions, are finally being asked at the ASH annual meeting.

With a new focus on expanding inclusivity for both scientists and study participants, the 2020 ASH Annual Meeting promises to be a steppingstone toward universal access to the incredible innovations to come in science and medicine. With increasing awareness of how implicit bias and evidence-free stereotyping have limited the effectiveness of our evidence-based treatments (“Poor Treatment Outcomes of Young African American Patients Diagnosed With [AML]”), the impact of innovation will inevitably broaden exponentially, even as our diagnostic and therapeutic targets become smaller and more specific (e.g., gen-, metabol-, and prote-“’Omics in Sickle Cell Disease,” micro RNA and the “Interplay Between Coagulation and Malignancy,” growing potential utility of “CARs for Kids”). New this year are two sessions in particular that will hopefully become staples of the ASH annual meeting, focusing entirely on revealing the true why behind those innumerable race-based associations we’ve always learned, as well as the best how to improve the nondiscriminating scope of our science moving forward.

In the “Scientific Workshop on Disparities in Malignant Hematology,” chaired by Drs. Wendy Cozen, Neil Zakai, James Foran, and James R. Cerhan, the true reasons behind some of the disparities that have been blindly accepted in the fields of both malignant and nonmalignant hematology will be explored and discussed, with a special focus on COVID-19–related hematologic outcomes. Why do African Americans have a higher risk of multiple myeloma? For stroke? Why do African Americans in the Southeast have higher risk for venous thromboembolism? Why do Asians have substantially lower rates of certain B-cell malignancies? A complex interplay must always be considered between genetic predisposition, environment, traditional lifestyle risk factors, and access to care. The exact contribution of each of these to increased risk is not known in all disease states, but this session aims to provide a point of connection between population science and clinical investigation so that the epidemiological facts are no longer lost in translation, resulting in apathetic acceptance of empty racial associations.

After the scientific workshop, follow up with the “Special Interest Session on Race and Science,” to learn how those basic scientists, clinical investigators, and clinicians among us can move from awareness of our individual and systemic biases, into action. The session, developed by Drs. Alisa Wolberg, Alan Mast, and Christopher Flowers, and co-chaired by Drs. Mast and Wally Smith, will provide an overview of the degree to which bias has infiltrated the medical community and industry over the years, to the point that we are unaware of its impact on the field of hematology. Dr. Wolberg states the impetus behind this session is “the need to address [the effects of racial inequity and bias on scientific innovation] in the same way as clinical and scientific problems, because its impact is just as significant… As a community of hematologists, we haven’t addressed this head on.” The goal of this session is not merely to illustrate our historical and ongoing failures as a field, however, but rather to increase awareness of our shortfalls, discuss new ways those in industry and medical practice are attempting to address bias, and to suggest actionable items for ASH and for those engaged in more equitably advancing the field of hematology.

In addition to revealing the groundbreaking basic and clinical science you are used to learning about at the ASH annual meeting, these sessions combine to create a can’t miss curriculum for every investigator, clinician, and member of industry hoping to maximize their own impact. They represent the beginning of a modern era in medicine, with the potential to rectify decades of oversimplifications and stale judgments. They represent the hope that in the movement toward that new era, we in the ASH community will actually be leading the charge. 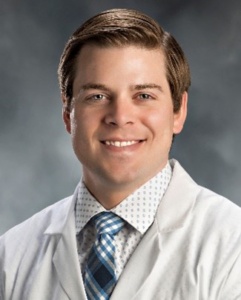 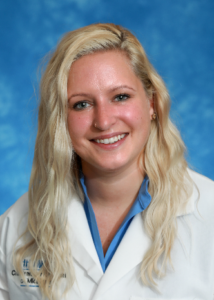 Dr. Alexander Glaros is a pediatric hematologist-oncologist at the Children’s Hospital of Michigan in Detroit. His clinical practice is predominantly in the care of pediatric sickle cell disease and classical hematology, with a research focus on mechanisms and management of pain in sickle cell disease. Originally from Royal Oak, Michigan, Dr. Glaros obtained his undergraduate degree from the University of Michigan and completed medical school at University of Toledo College of Medicine. He currently resides in Birmingham, Michigan, and has previously served as a junior author for the 2019 ASH News Daily. Dr. Glaros shared with us one of his unique skills — he can accurately perform the unique “hot dog dance” of every character on Mickey Mouse Clubhouse.

Dr. Glaros is joined this year by Junior Author Katherine Regling, DO. Dr. Regling is a pediatric hematologist at Children’s Hospital of Michigan in Detroit. Her passion is caring for children with coagulation disorders, with a special interest in critical care hematologic issues.