Shining a Light on Commitment to Hematology 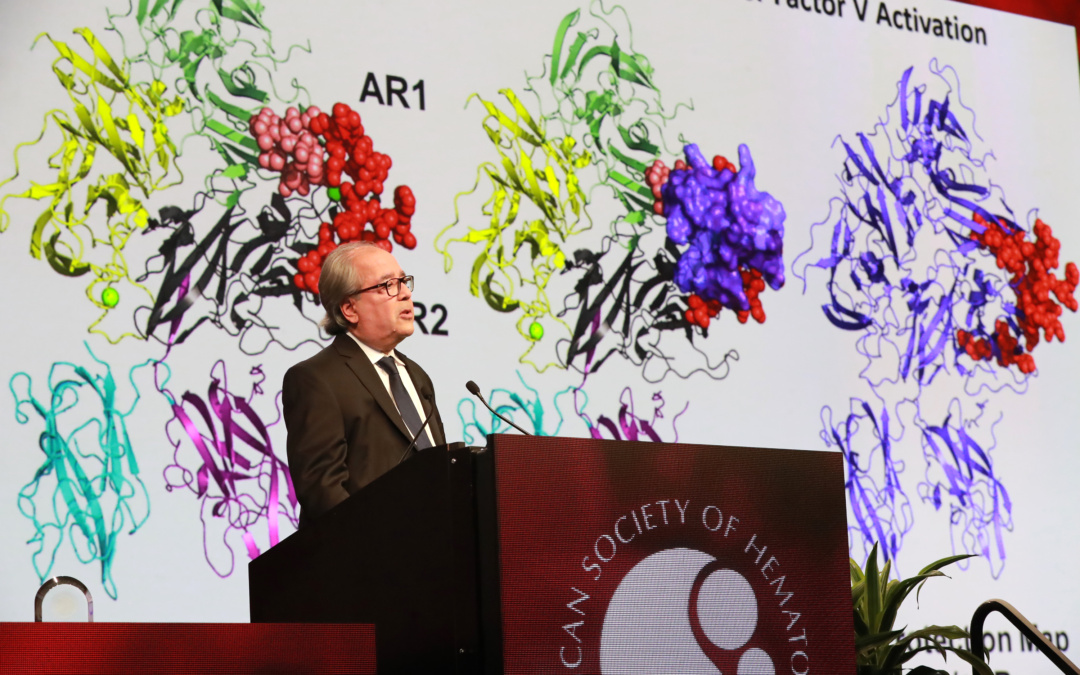 Sriram Krishnaswamy, PhD, and Jeffrey Weitz, MD, FRCPC, are the recipients of the 2019 Ernest Beutler Lecture and Prize. Dr. Ernest Beutler’s first research publication in 1952 initiated his long-standing career in science and eventually hematology. His commitment to hematology spanned more than half a century. Equally committed to hematology are the recipients of this year’s prize. Therefore, it comes as no surprise that these two incredible scientists would have careers and research emulating that of Dr. Ernest Beutler: both Drs. Krishnaswamy and Weitz have dedicated their careers to hematology and have made fundamental contributions to science.

On Monday during the Ernest Beutler Lecture, Sriram Krishnaswamy, PhD, Professor of Pediatrics, Biochemistry, and Biophysics at the University of Pennsylvania and the Children’s Hospital of Philadelphia, discussed the molecular basis for enzyme specificity. He explained that trypsin (the “archetypic serine proteinase”) has minimal specificity, yet “the catalytic domains of the proteinases of coagulation are structurally homologous to each other and to trypsin, and have narrow and distinct specificities for their protein substrates.” Using X-ray crystallography, small-angle X-ray scattering, and other high-resolution microscopy techniques, Dr. Krishnaswamy’s laboratory has shined a light on how coagulation complexes interact, thereby deepening our understanding of how these interactions are highly regulated. Dr. Krishnaswamy’s highly successful career studying the molecular mechanisms of coagulation spans decades. During Monday’s lecture, he presented his work on protein substrate recognition and described how this occurs in a “lock-and-dock process.” This binding, he stated,“drives affinity, enforces active site engagement, and ultimately cleavage, [which has] wide-ranging ramifications for the molecular basis of enzyme function.” His elegant studies revealed that “factor V requires proteolytic activation before it can bind factor Xa with high affinity.” The advances led by Dr. Krishnaswamy highlight “how the activation of factor V yields a cofactor that can assemble and function within prothrombinase.” 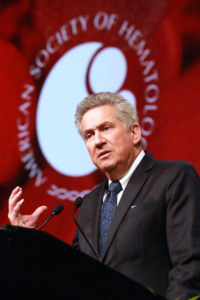 Dr. Jeffrey Weitz, Professor of Medicine and Biochemistry and Biomedical Sciences and the Executive Director of the Thrombosis and Atherosclerosis Research Institute at McMaster University, reviewed decades of research leading to new and exciting questions in
the area of thrombosis. Dr. Weitz is most excited about his chosen specialty because in his words, “there isn’t always one right answer to anticoagulation, but what we want is to prevent clotting without perturbing hemostasis.” We need to address this balance because as Dr. Weitz noted, “clotting is a big deal.” Clotting is definitely a big deal. The World Thrombosis Day steering committee reports that more than 10 million cases of venous thromboembolism (VTE) occur each year worldwide, and in the United States and Europe combined, VTE leads to more than 750,000 deaths each year.

According to Dr. Weitz, direct oral anticoagulants (DOACs) “have really advanced oral anticoagulation over warfarin.” This is likely due to the fact that DOACs are “as effective as warfarin in atrial fibrillation and venous thromboembolism, are more convenient, and are safer,” he said. The safety profile is noted by the 60 percent risk reduction of intracranial hemorrhage as compared to warfarin. Dr. Weitz stated that this is a huge advance, but notes some reservations. “Bleeding is the feared major risk of DOACs and is the reason that anticoagulation is not prescribed (at least 30%
of the time),” he said. This results in unfortunate cases where patients who should be anticoagulated are not, or low-dose anticoagulation
is inappropriately used.

Dr. Weitz reviewed pre-clinical and clinical data supporting the importance of factor XI and factor XII for thrombosis. Dr. Weitz pointed out that factor XII–deficient patients do not bleed, but we also don’t understand why factor XII is important in thrombosis. Additionally, factor XI–deficient patients only bleed mildly. Dr. Weitz explained that these two factors are becoming “new targets to prevent clotting without perturbing hemostasis.” Studies in this area have demonstrated lower rates of recurrent thrombosis (< 5% vs. 30%), with no associated risk of bleeding. Dr. Weitz presented data on a factor XIa inhibitor study that revealed a decreased rate of VTE and low rates of major bleeding compared with enoxaparin or placebo.