The ASH Scholar Award is the Society’s longest-standing award program and one of the most highly regarded. For almost three decades, ASH has supported hundreds of fellows and junior faculty in both basic and clinical/translational research by providing partial salary or other support during the critical period between completion of training and the establishment of one’s independent career. The awards, in the amount of $100,000 for fellows and $150,000 for junior faculty over a two- to three-year period, are made possible through grants from the corporate community, individual donors, foundations, and funds committed by the Society. (Learn more about the ASH Scholar Award program.)

In this issue, some award alums share their thoughts on how the ASH Scholar Award made a lasting impact for them. 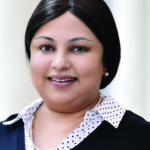 “The resources and support afforded by the generous funding from the ASH Scholar Award has allowed me to achieve results over the past two years that have significantly broadened the understanding of Langerhans cell histiocytosis (LCH) pathophysiology and has now helped in initiating preclinical research into developing targeted therapy for patients with LCH.” 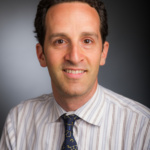 “I was honored to participate in the 2016 ASH Annual Meeting Presidential Symposium, along with luminaries in β-hemoglobinopathy research such as Drs. Ferrari, Blobel, and Ohene-Frempong. This support from ASH invigorates my lab’s efforts to better understand and develop improved treatments for sickle cell disease and β-thalassemia.” 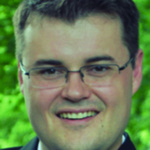 “If it weren’t for my ASH Scholar Award, I would not have had the national recognition, and validation, of my research early in my independent career that I do now. This is a highly understated metric, which gave me both the financial support to complete and publish my research, but also provided personal support as well.”

Esther Obeng, MD, PhD, discusses the significance of the award as she embarks toward her career as an independent investigator.