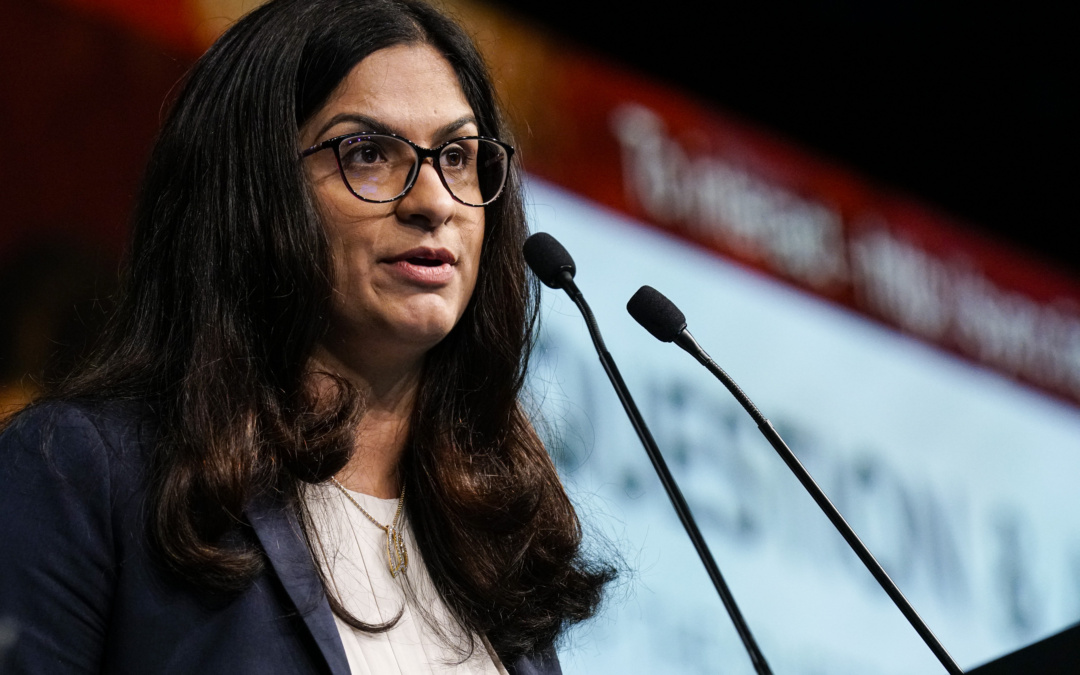 In 1971, Alfred Knudson, MD, PhD, originally formulated the two-hit hypothesis, which states that most genes require two mutations for a change to occur; this aided the medical community’s understanding of how tumors form. We now know that the two-hit hypothesis can also be applied to other diseases. On Sunday at 2:00 p.m., we heard the authors of the abstract Rare Germline Mutations in Complement Regulatory Genes Make the Antiphospholipid Syndrome Catastrophic (Plenary abstract #4) apply the two-hit hypothesis to antiphospholipid syndrome (APS). This abstract focused on cata- strophic APS and its relationship to complement pathway, including mutations within complement genes. Shruti Chaturvedi, MBBS, MS, of Johns Hopkins Hospital, presented her team’s work in this exciting area.

APS occurs when there are small vessel clots and confirmed presence of antiphospholipid anti-bodies. Rarely, APS results in such significant small vessel thromboses that it leads to widespread multiorgan failure. This widespread disease is referred to as “catastrophic APS” (CAPS). Fortunately, very few patients developed CAPS. Unfortunately, distinguishing it from other diseases and predicting who will get CAPS is difficult. And while diagnosing CAPS is challenging, treating it adds another level of difficulty. Most concerning is that CAPS is frequently fatal, even with currently available therapies. Additionally, the pathogenesis of APS is poorly understood, and therefore the development of treatment options is limited.

Dr. Chaturvedi guided us through this complex disease and discussed her work linking complement activation and APS. The complement system enhances the immune system’s ability to destroy pathogens. Her work highlights that complement activation occurred in all tested patients with CAPS. Dr. Chaturvedi commented that she is most excited about “the fact that we now understand better the pathogenesis of APS complications, and that complement activation is an action- able target with currently available drugs.” This is exciting because one of the most challenging things about CAPS was the lack of treatment options. Now, drugs that act on the complement system could be tested in patients with CAPS. She adds that the biggest questions remaining are: 1) What are the mechanisms by which antiphospholipid antibodies activate complement; and 2) can we use these markers to tailor therapy?

Robert Brodsky, MD, of Johns Hopkins Hospital and co-author of the abstract, is excited that hematologists now may better understand the pathophysiology of thrombosis in APS and CAPS. He agrees with Dr. Chaturvedi: “This work will change the field because there are drugs available and in development that interfere with complement and may change the natural history of a devastating disease for which we [currently] have no approved drugs.” However, he notes that it remains unclear whether these drugs alter the course of the disease. Dr. Brodsky harkens to a few key points from his perspective. “Just like atypical hemolytic uremic syndrome, APS and CAPS are multi-hit diseases,” he said. One hit is that antiphospholipid antibodies “activate complement,” he said, “and in conjunction with complement-amplifying conditions (pregnancy, infection, autoimmunity), can lead to thrombosis. CAPS is so much more devastating because, in addition to the antibodies, most of these patients have rare germline mutations that make cells even more vulnerable to complement.” The germline mutation is another hit.

Understanding the two-hit hypothesis in cancer led to improved knowledge of susceptibility genes, enhanced knowledge of cancer development, and improved surveillance for at-risk patients. Dr. Chaturvedi revealed to us that understanding the two-hit hypothesis in APS and especially in CAPS will improve diagnosis, drug development, and surveillance. This Plenary abstract highlighted that for severe APS and CAPS, at least one of the two hits involves complement, and Dr. Brodsky emphasized that these dis- eases may be amenable to complement inhibition. Future work is needed to determine if the two-hit hypothesis holds for CAPS as it did in cancer.